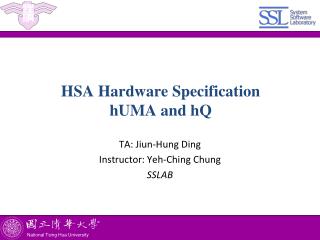 How Hardware and Software Work Together - . chapter 2. chapter objectives. how an operating system manages hardware. how

Specification - . a broad term that means definition used at different stages of software development for different

How Computers Work - . you will learn…. that a computer requires both hardware and software to work about the many

Joint HL7 and OMG Healthcare Services Specification Project - . interoperability at the service level via a standardized