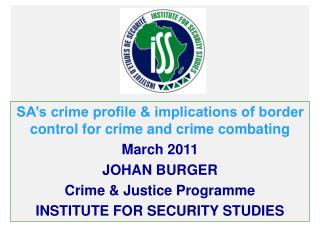 Biosocial and Trait Theories of Crime - . part ii. the impact of cesare lombroso. lombroso’s perspective was the

Drugs &amp; Crime - . a drug is a natural or synthetic substance designed to affect the subject psychologically or