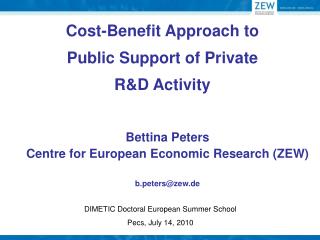 Cost Behavior: Analysis and Use - . chapter 5. types of cost behavior patterns – variable. a variable cost is a cost

Optimize Applications Cost Management - . focus on four key tactics to control costs within the next 12 months.

Chapter 5 Review Game Public Spending and Policy - . a situation in which a benefit or a cost associated with an economic

The Role of the Public and Private Sector in Transport Infrastructure : PPP Options - Seminar: public private

Cost Behavior - . cost behavior is the manner in which a cost changes as a related activity changes. understanding the