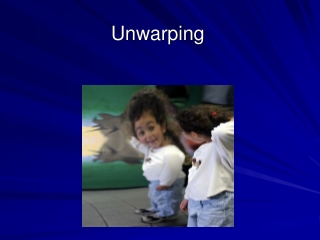 Unwarping. Assumptions of statistical tests in functional imaging. In order to assign an observed response to a particular brain structure, or cortical area, the data must conform to a known anatomical space.