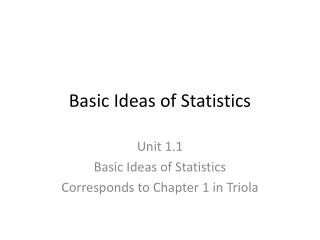 An Introduction to Statistics - . a biologist – a physicist who doesn’t like maths. purpose of statistics (1).

Statistics And Application - . revealing facts from data. what is statistics. statistics is a mathematical science

Get Them Talking- Resources and Ideas for Use in The ELL Classroom - . brenda can osseo adult basic education

Statistics for the Physical Sciences STAT 229 - . chapter 1 statistics: the art and science of learning from data.