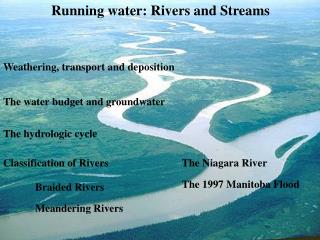 Water - . cycle. evaporation: evaporation is when the sun heats up water in rivers or lakes or the ocean and turns it

Water - . the hydrologic cycle. “whiskey’s for drinking, water’s for fighting over.” western saying. the critical