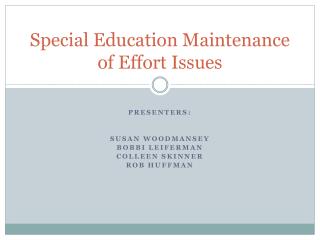 Welcome Leigh Dalwood - . acknowledgment of country. “ we would like to acknowledge this land that we meet on today is

HEALTH EDUCATION AND HEALTH PROMOTION - . objectives: you students will be capable. to differentiate between health

Philosophical &amp; Historical Influences on Education - . chapters 9, 10. big ideas: how we got where we are today

Americans with Disabilities Act - . civil rights protection for over 50 million americans. introduction. what is the ada?