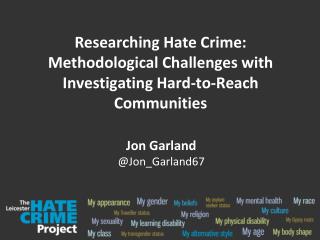 CRIMINAL LAW - . http://www.lawyers.ca/statutes/criminal_code_of_canada_assault.htm. what is a crime?.

Reach - . the percentage of different people exposed to a vehicle at least once. factors that affect reach level: new

Substantive &amp; Methodological Problems in the Study of Stress at Work! - . overview. introduction the big 5