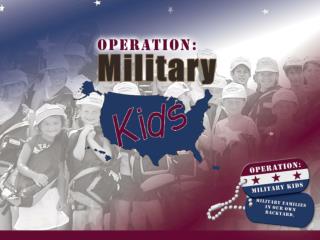 Operation: Military Kids - . reaching out to military youth before … during … and after deployment (revised

Oklahoma - . what is project search?. a partnership that focuses on assisting individuals with disabilities to find and

Oklahoma - By : lauren williams, mikey heath, madison garza, nick christy. oklahoma. how did the oklahoma flag get its

Operation: Military Kids - . speak out for military kids. on base. a town within itself police station fire station