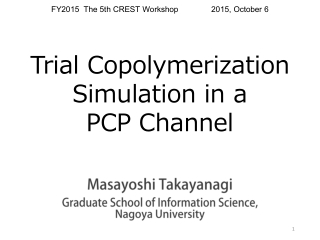 Sponsored by: Dominican University, Graduate School of Library and Information Science - Trends in social media and their

Computer Science Graduate School - . presented by kevin skadron. outline of discussion. what is graduate school like? is