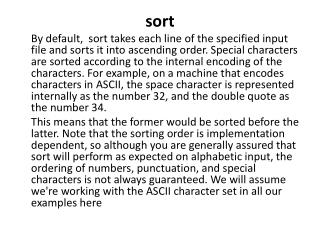 Sort - . in pairs, put the story in the correct order. think. if you didn’t already know the story, what about it

Merge sort, Insertion sort - . sorting. selection sort or bubble sort find the minimum value in the list swap it with the

Merge Sort - . section 8.7. merge. a merge is a common data processing operation performed on two sequences of data with