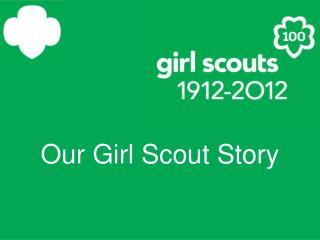 What is your story? - . “small town girl with farms and rodeos in my past, to a city/country girl pursuing her

To Kill a Mockingbird - . scout. scout is the narrator of the story. her full name is “jean louise finch.” she is six

Girl Scouts of America Troop 761 - . sheena carbaugh. girl scout promise. on my honor i will try to serve god and my

Trustworthy - A scout is…. trustworthy. is presented to. scout awardee. being selected by his peers as the finest

Skunk Scout - . chapter 14-16 vocabulary lesson 30. definitely. these kids will definitely be in trouble!. humid. when What makes a story a Story? - . what is your favorite story? . examples: little red riding hood spiderman american girl

When I Was a Little Girl - . by linda hicks. when you were little girls, i would tuck you into bed and you would say

To Kill a Mockingbird - . harper lee. 1. the narrator of the story is . dill scout jem boo. try again!. oops!. way to