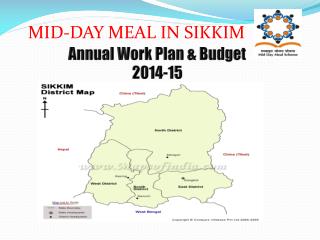 Mid-day Meal In Sikkim ( Observations Of The Monitoring Institution ) - . 1. regularity:. in all schools, mi

Mid day Meal - . background. it was launched on 15 august 1995. it is only other scheme other than icds which targets the