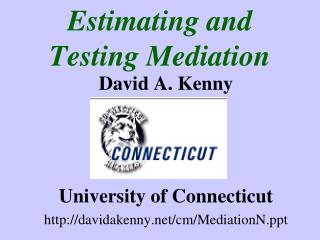 Estimating and Testing Mediation - 2. overview . introduction (click to go there)

The Importance of Testing Mediation and Moderation - . jon a. krosnick departments of communication, political science,

Mediation and Divorce - Mediation comes in handy when you are unable to sort out things yourselves. mediation occurs in

“Mediation and Remediation” - . july 7, 2011. “ hypermediacy and transparent media are opposite manifestations of

edr and mediation - . edr continuum mediation a process in which parties in conflict seek to build agreement and/or

MEDIATION - . identification :. a flexible confidential process in which a third party facilitates, through a negotiation

Mediation - . that is, indirect effects. what is a mediator?. an intervening variable. x causes m and then m causes y.

Mediation - . class 1. administrative. give quiz have journals to return have negotiation exercises to return. review.

Mediation - . the goal of mediation is not to determine who is write or wrong purpose is to explore solutions the