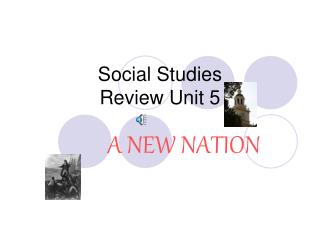 Social Studies Review Unit 5 . A NEW NATION. Who is an early settler who moved westward?. Pioneer. To approve a bill is to _________ it. Ratify. An agreement that doubled the size of the United States with land bought from the French was called?. Louisiana Purchase. Economic Review vocabulary - . economics. is the social science that studies the production, distribution, and

HAD Unit III Review - . tom eck ecktw@umdnj.edu. unit iii exam. a ton of material, but questions tend to be a bit more