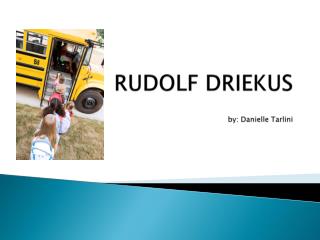 The Org Chart of CSC Germany Status: 30.07.2002 - . chairman of the board peter strabel. members of the board. managing

Directions to Brock - . from toronto

Rudolf Dreikurs - . by: kimberly richardson and jillian schiely. “no one has a monopoly on truth; no one knows all the