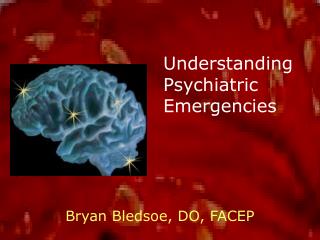 Hypertensive Emergencies - . dr. herb russell prepared by anthony g. hillier, d.o. september 2005. why this is a

Managing Emergencies - . scene management and incident command or i think i am in charge but am i really?. managing

DO YOU UNDERSTAND MINE EMERGENCIES ARE YOU PREPARED FOR A MINE EMERGENCY - Purpose of the module. to increase the