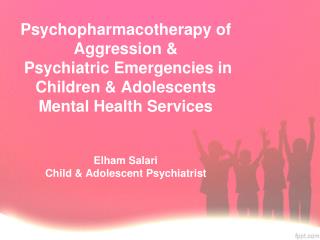 Providing Context at Psychiatric Appointments - . what psychiatric prescribers need to know when assessing and treating

Medical Emergencies - . lesson 5. this lesson will focus on assessment and management of non-traumatic causes of