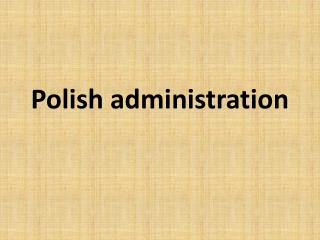 POLISH LEGENDS - . the legend of

POLISH MEDIA - . by joanna dybala. press. the first newspaper of that title started to be published in 1920 there are

Polish team - . primary school in legionowo. the republic of poland is a country in central europe. legionowo our town is

Polish … - . art has always been a big part of our lives. by art we can

Nail Polish - . by: dasia slaughter 5 th hour . what is nail polish ?. is a lacquer applied to toenails or fingernails