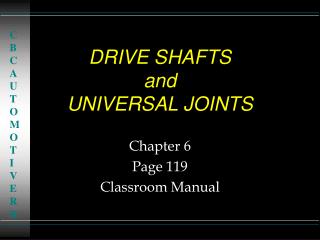 Shafts and Axels - . shaft is a rotating member and it provides axis of rotation for gears, pulley, flywheels, cranks,

Shafts – Definition - . generally shafts are members which rotate in order to transmit power or motion. they are

DESIGNING OF SHAFTS - . the shafts may be designed on the basis of -. strength stiffness. cases of designing of shafts,

Ch 7 Shafts - . definitions. a shaft is a rotating member, usually of circular cross section, used to transmit power or

BONES AND JOINTS - . basic anatomy. the skeleton. the average human adult skeleton has 206 bones joined to ligaments and

Bones and Joints - . bone structure. bones have several parts bones have bumps and pits so muscles can attach to them.

Bones and Joints - . as level anatomy and physiology. lesson outcomes. by the end of today’s lesson you will know: the

JOINTS AND MOVEMENT - Intro. every single muscle is attached to the bone at a minimum of 2 points on opposite sides of a

Bones and Joints - . by mrs. mastriana. what is a joint?. a joint is where two bones meet. how do they help our