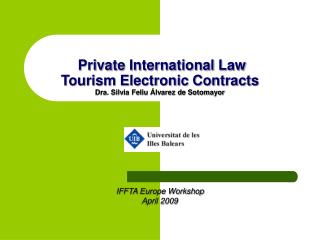 Main questions of   ’ international private law ’ - . questions 1. which court has jurisdiction (in disputes of

International Private Law - . introduction. that part of law which come into operation whenever the court is faced with a