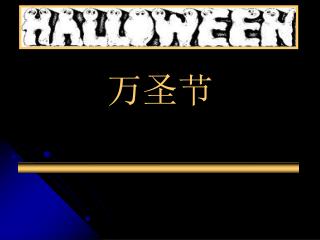 万圣节. October 31 st is Halloween. Halloween is one of the world’s oldest holidays, celebrated in several countries around the globe including the USA, Canada, England, Ireland, Scotland, Mexico, Latin America, and Spain. Halloween - . in the united states we celebrate halloween on 31 st october. during the whole month people get into the

Probability and Statistics Review - . the chapter 10 test is on friday and the project is due next week. 5 th pd –

Autumn - . autumn. the months that make up autumn are september, october and november. in england there are many special

HALLOWEEN - . halloween history. halloween is short for “all hallows eve” it is celebrated around the world on