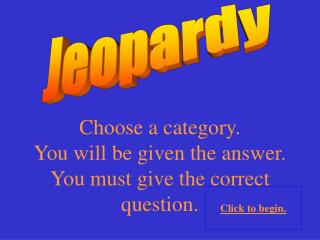 Jeopardy Art Jeopardy Power Point - Each player must select the celebrity artist he or she would like to be. ... an art

JEOPARDY - American revolution. jeopardy. contestants. don’t forget. …always phrase your answers in the form of a