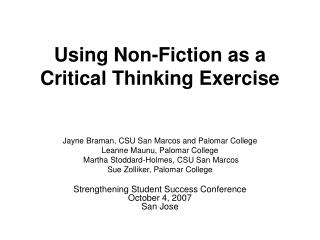 7 Critical Security Issues for Planning an Event - In this slideshare, 7 critical security issues are mentioned, which

Creative Thinking Exercise - . november. creative thinking. fluency. list as many things as you can think of that have