9-3: The Convention of 1836 - PowerPoint PPT Presentation 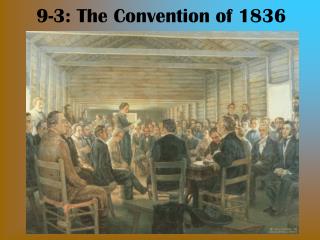 THE COLLABORATIVE INITIATIVE - . “but maddest of all is to see life as it is and not as it should be!” don

Bunker Convention - . a broad definition of owner to include registered owner, bareboat charterer, manager and operator

The BCEC and Hotels: An Overview Presentation to The Convention Partnership - . presented by milt herbert, bcmc tom

Problems with Compliance with the Barcelona Convention and it Related Protocols - . nilufer oral istanbul bilgi