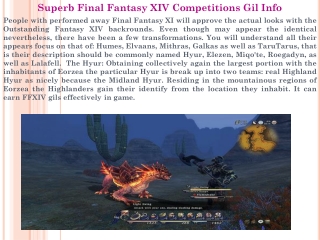 Final Fantasy 1 - . the meeting. the world is filled with turmoil. the people’s only hope is the 4 light warriors….

FINAL EXAM INFO - . the third exam for this class. on dec 8th at the regular class time, in our regular classroom. it is