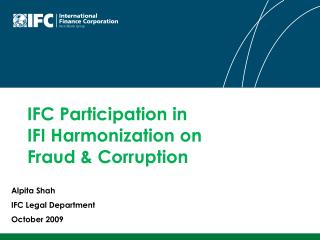 Investigating and Sanctioning Fraud and Corruption in World Bank-financed Projects By: - Integrity for a better

The Daily Corruption | 4 January 2008 - . one of the largest corruption scandals in czech history has broken out at the

Ethics in Business and Society - . have i committed any of the following white collar crimes? fraud -- land fraud,

About the ACFE - . about the acfe. the association of certified fraud examiners is the world’s premier provider of

HAPTER 5 - . computer fraud and security. introduction. questions to be addressed in this chapter: what is fraud, and how