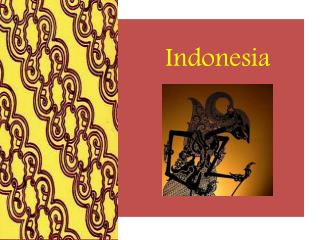 Indonesia. You will need to take notes. Remember that various information will be repeated along the way. This is to help reinforce the information . . Contents 1. Maps 2. A general timeline with information about early Indonesia & European colonisation of Asia.

INDONESIA - . presentation on: against religious pluralism : the rise of radical-conservative muslim groups in