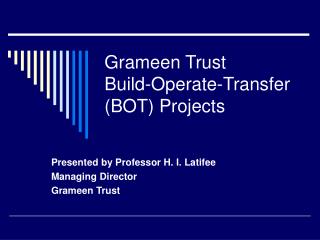 Microsoft Build 2016 - All the Announcements That Matter - Microsoft at san francisco had its annual build conference. it

Grameen Bank - Who is the influencer in this picture?. micro-credit loans are based on the concept that the poor have

How to Build an Artificial Intelligence Chatbot? - Build the perfect custom bot and grow your business faster. integrated

COMMUNICATION SKILLS THAT BUILD TRUST - . communication is the key to achieving all our goals. people may hear your

Communication Tips That Build Trust - In every aspect of our lives, trust is essential. we build it or we lose