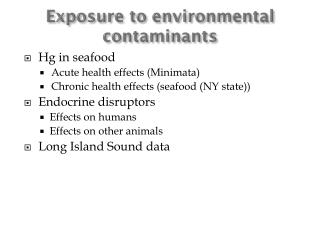 Environmental Contaminants and Infertility in Women

How to conduct an environmental exposure assessment for Veterans - . caring for veterans with post-deployment health