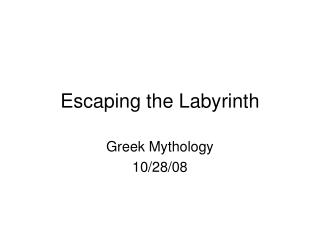 Escaping the Giant Wave - . author: peg kehret power point by: kaylee pages:151. this is a picture of escaping the giant

‘The Book Thief’ by Markus Zusak - . how a resolution of a main conflict was important to the text as a whole. my

The sense of balance - . sensory modalities that contribute to maintaining balance. the vestibular system

Vocabulary Labyrinth - . number of players: 1 to 4 directions: click the arrows to navigate through the maze.

Most noticeable in the cities of the United States - The wilderness, the isolated farm, the plantation, the

Perspective - . the human and the spiritual together spirituality is an inherent part of our human journey— not to see

How to get over nasty wife - The phoenix men are a fellowship that offer support, camaraderie & adventure to heart