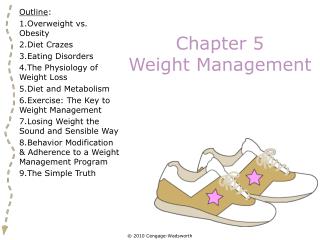 Diet & Weight Management - Losing weight has become the major concern of people these days. obesity is one such

Chapter 9 Designing Weight Management and Body Composition Programs - . health and longevity are threatened when a person