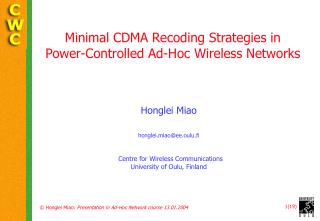 WIRELESS TECHNOLOGIES - . after completion of this chapter, you should be able to : describe wireless technology describe