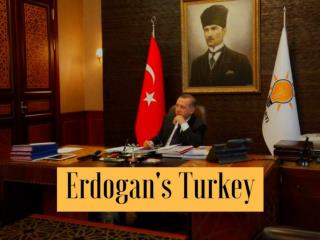 Ahead of Sunday's referendum on broadening President Tayyip Erdogan's powers, a look back at the influential leader's time in office. Turkey, Turkey - . turkey, turkey what do you see ?. i see the mayflower looking at me. mayflower, mayflower what do you

Turkey - Wellcome to turkey. turkey. ‘ peace at home , peace in theworld ’. mustafa kemal atatürk is the founder and

Turkey??? - . turkey day talk turkey bowl a turkey put on a turkey visit turkey (turkia) and act like a turkey defined as

Turkey - . where is turkey?. southeastern europe and southwestern asia (that portion of turkey west of the bosporus is

TURKEY - . where is turkey history climate and geography government and politics culture tipical food others. where is t