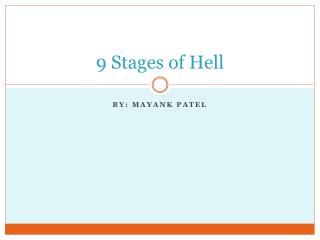 9 Stages of Hell. By: Mayank Patel. Limbo. People in the first level of hell are those who did not have an impact on life and did not do anything worth- while in their life. They did not try and do anything to help society and humanity. Their punishment is living through A Rough guide to the time allocation for the different stages of the ‘Get Up &amp; Go’ programme - . this guide

Intrapartum management - . labor. labor is defined by contractions that occur with increasing frequency and intensity,