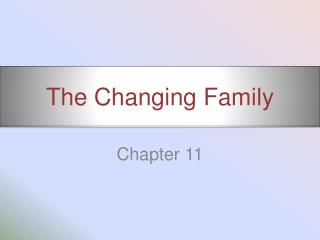 The Changing Family. Chapter 11. Marriage and Family Defined. Family - a group of people related by marriage, blood , or adoption.