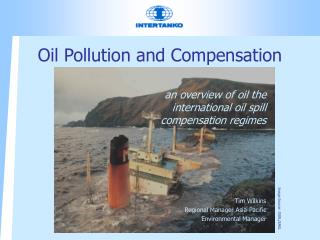 Oil Pollution - . what is an oil spill?. release of a liquid petroleum hydrocarbon into the environment marine spills

MARINE POLLUTION: OIL - Oil is a actually natural component of the marine ecosystem. but increased use of oil as a: fuel

Oil pollution …and some solutions - . what is oil pollution?. pollution: the introduction or release of substances or

SHIPBOARD OIL POLLUTION EMERGENCY PLAN - . sopep. structure of sopep. should be based on : imo resolution mepc 54(32)