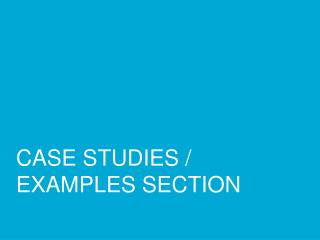 Random Act Of Kindness - best examples - case studies - Feel free to use it. just share this presentation if you like.

Corporate Control of Public Health: Case Studies and Call to Action - . martin donohoe. am i stoned?. a 1999 utah

Case Studies in Functional Assessment and Behavior Intervention Planning - . jane i. carlson, ph.d., b.c.b.a. the may