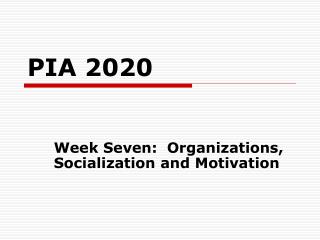 PIA 2020 - . introduction to public affairs. overview. models of governance institutions the public sector and the