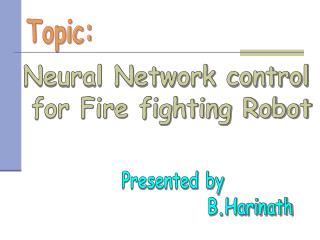 Remote Controlled Fire Fighting Robot - In the recent year, robots are turned out to be an ingredient over which many

FIRE ROBOT - . vasek brabec julio cordón muñoz. challenges. navigation: how it will be the motion of the robot on the