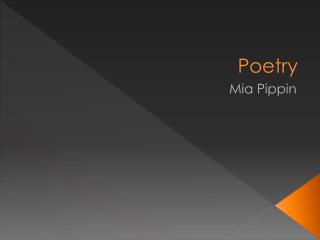 Poetry. Mia Pippin. The Road Not Taken. By Robert Frost Wednesday February 12 th. Diction. Connotative – speaker says “then took the other, as just as fair” rather than saying the paths were equal Concrete- descriptive of physical paths in woods