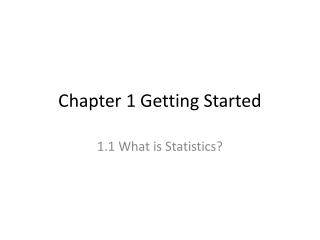 Chapter 2: Global Tectonics Our Dynamic Planet - . introduction. each rocky body, whether planet or moon, started with a

Chapter 1: Getting Started - . what are the behaviors and attitudes of an “a” student?. list three important

Getting Started - . log on to this site: http:// bit.ly/evaas7 complete tasks before we begin section consensogram

Getting Started - . c hapter 1. what are the behaviors and attitudes of an “a” student?. list three important

This is Important: Before we get started, could you please… - . if you have a few minutes before we begin, prepare a