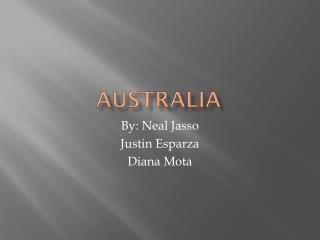 Australia . By: Neal Jasso Justin Esparza Diana Mota. Chapter One . Australia is its own continent The longitude and latidue is 27°0’0’’S/133°0’0’’E The physical characteristics are eastern highlands, central lowlands, and western plateau. The capital of Australia is Canberra.

Sydney Australia - . australian institute of commerce and language cricos provider no 02048a. our mission to be an