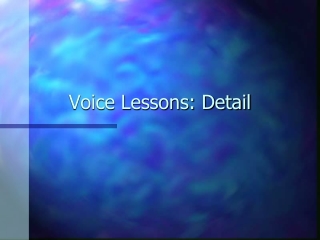 Chapter 5: Use an Appropriate Voice - . by: alyssa, amber, damion and kenzi. 4 keys to an appropriate voice. 1) know your

A New Perspective on IT Projects: Lessons Learned from an inter-agency detail - . emma antunes august 16, 2010. why a

What is the American Voice? - . where does it come from? who has it? who should or shouldn’t have it?. which is the

Voice Browser - . (no need of desktop computer). what is voice browser ?. a software application works with various