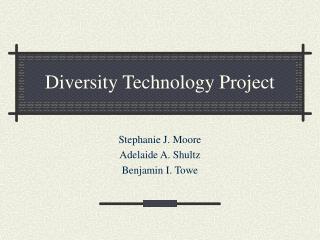 Diversity PowerPoint - . kimberly ramsey. multicultural education and diversity. * diversity - the combination of many

Personal Project ppt Presentation - . they live it we watch it campaign. our