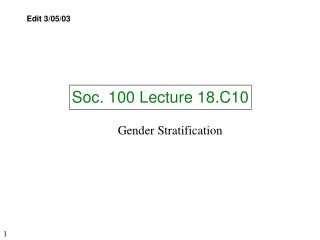 Soc. 100 Lecture 10.Chapter 3 - 2. definition and elements of culture. 3. ethnocentrismcultural ... are accurate but

C10: ADEs - Objectives . at the conclusion of the presentation theaudience will be able to: develop a method for