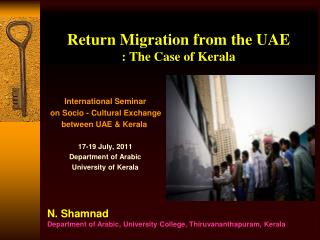 Kerala - . the model state. location. keralites, as they are known, call kerala “god’s own country”. mountains =

KISSAN KERALA-Project - . department of agriculture govt of kerala in collaboration with indian institute of information

Kerala – Enjoy the Universal Heaven with best Kerala Packages - Are you planning for a vacation? then don’t think

TOP 21 Things to do in Kerala - Kerala is nearly 600km of arabian sea shoreline. it is a state on india’s tropical

Fabulous Kerala 6 Nights 7 Days - Kerala is really a heaven on the earth. it is known for its natural beauty and

Now Visit to Kerala with family becomes more Affordable and Easy. - Kerala understood for its natural appeal is a much

Kerala Travel Guide by Kerala Tourism Packages - Kerala is in the southern west part of india. once famous all over the