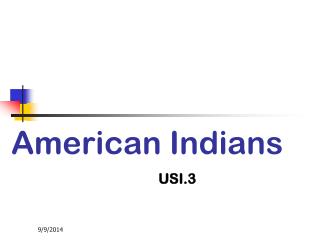 I. Assimilation in the ascendancy -nothing new --missionaries from long ago -fundamental tenets --make Indians