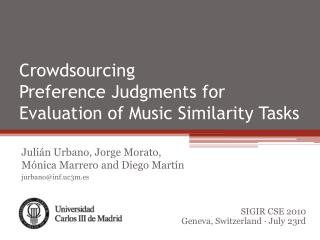 Crowdsourcing: When, How and Who? - Crowdsourcing is part of acompany’s culture and not somelast minute “life

Network Traffic Self-Similarity - . based on slides by carey williamson. introduction. a classic measurement study has