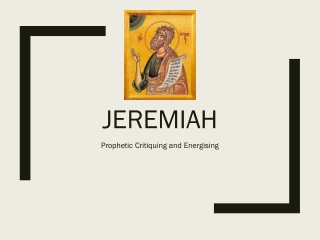 Jeremiah. Prophetic Critiquing and Energising. The International Scene. The Assyrian Empire fell to the Babylonians Time of independence and prosperity for Judah Rise of the Babylonian Empire (605-539) Judah tries to form alliances with Egypt against Babylon